To share your memory on the wall of Hobart Baker, sign in using one of the following options:

Provide comfort for the family of Hobart Baker with a meaningful gesture of sympathy.

Hobart was born in Cape Girardeau, MO; on September 21, 1938 to Leeman and Edna Baker. He graduated from Cape Central High School, served in the National Guard and worked for Mr. C’s IGA and Child’s IGA before becoming a dispatcher for McDonald Concrete in Cape Girardeau until his retirement in 2004. Hobart and Anita Burgess Baker were married on July 24, 1969. Their love, support for one another and faith in God’s love for all of us was inspirational to everyone who knew them. He was loved and respected so much by his family with whom he enjoyed spending his time. After retirement, some of his favorite times were also spent taking care of his dog, Sierra.

He was preceded in death by his wife Anita Baker, his parents Leeman and Edna Baker, his brother Norman Baker and son-in-law’s Randy Morse and Jeff Kalb.

His wishes, for a private graveside service, will be honored on Friday, February 1, 2019 in Marble Hill, MO. Suggestions for Condolences: Canines for Warriors, LaCroix UMC or Lynwood Baptist Church.
Read Less

We encourage you to share your most beloved memories of Hobart here, so that the family and other loved ones can always see it. You can upload cherished photographs, or share your favorite stories, and can even comment on those shared by others. 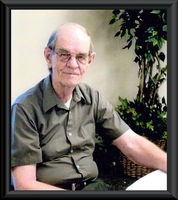