To share your memory on the wall of Glenda Barrett Angel, sign in using one of the following options:

Provide comfort for the family of Glenda Barrett Angel with a meaningful gesture of sympathy.

Earlier in life she was a homemaker, quilter and avid gardener. Later she took pleasure in camping and traveling. She enjoyed the time she resided at Advance Assisted Living Center in Advance, Missouri. Glenda was a member of the Hahn Chapel General Baptist church in Marble Hill.

The funeral service will be held Wednesday, October 16, 2019 at 11:00 AM at the Church, with Rev. Ray Webb officiating. Burial will follow in the Bollinger County Memorial Park near Marble Hill.

We encourage you to share your most beloved memories of Glenda here, so that the family and other loved ones can always see it. You can upload cherished photographs, or share your favorite stories, and can even comment on those shared by others.

Flowers were purchased for the family of Glenda Barrett Angel. Send Flowers 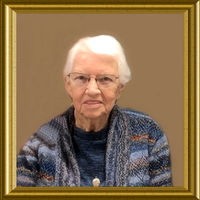