To share your memory on the wall of Wayne Schmitt, sign in using one of the following options:

Provide comfort for the family of Wayne Schmitt with a meaningful gesture of sympathy.

He was born to Edward E. and Earlene V. Crows Schmitt on October 4, 1948. He and Betty J. Garl... Read More
Wayne Francis Schmitt, age 71, of Marble Hill, MO; passed away, on Tuesday, October 22, 2019 at the Missouri Veterans Home in Cape Girardeau.

He was preceded in death by his wife Betty, parents, and brother Elmer Schmitt.

Funeral services will be Friday, October 25, 2019 at 1:00 PM at the Funeral Home with the Rev. Roger Cary and Rev. Jeff Garland officiating. Burial will follow in the Hurricane Fork Cemetery near Marble Hill with full military rites provided by the Missouri Military Honors Team.
Read Less

We encourage you to share your most beloved memories of Wayne here, so that the family and other loved ones can always see it. You can upload cherished photographs, or share your favorite stories, and can even comment on those shared by others.

Posted Oct 23, 2019 at 10:46am
I got to know Wayne at the MO. Veterans Home. He was always so appreciative of all the things we did as volunteers. Enjoyed always going on the outings with Wayne, and trying to get him to answer my questions.
I’ll miss him at the Veterans Home.
Terri Noland
Comment Share
Share via: 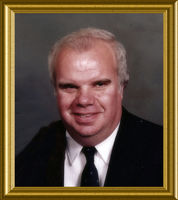