To share your memory on the wall of James Godwin, sign in using one of the following options:

He was born on October 14, 1954 in Sikeston, Missouri; son of Ray and Louise Elliott Godwin. He and Angela Kay Sitze wer... Read More
James Franklin Godwin age 65, of Marble Hill, Missouri; passed away on Thursday, January 16, 2020 at his residence.

Preceding him in death was his beloved wife Angela, parents, infant brother, and a grandson.

Funeral Services will be Tuesday, January 21, 2020 at 11:00 AM at the Funeral Home with Rev. Kevin Stroup and Rev. Elijah Allen officiating. Burial will follow in the Hurricane Fork Cemetery near Marble Hill, Missouri.
Read Less

To send flowers to the family or plant a tree in memory of James Franklin Godwin, please visit our Heartfelt Sympathies Store.

Provide comfort for the family with a meaningful gesture of sympathy.

We encourage you to share your most beloved memories of James here, so that the family and other loved ones can always see it. You can upload cherished photographs, or share your favorite stories, and can even comment on those shared by others. 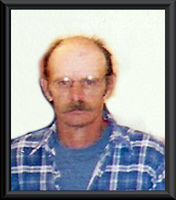