To share your memory on the wall of Frank Bollinger, sign in using one of the following options:

Frank was well known around the area and had many friends who were always happy to see and visit with him. Frank was well known for his charity of helping others around him with different work related jobs, including driving long haul trucks, working on neighbors farms when they were ill or injured, assisting in building home and farm structures, repairing vehicles and machinery, and using his various knowledge and skills to help others accomplish their daily workload and tasks.

Frank was a great family man and was loved very much by his family. He assisted his father in the operation of the farm until his father’s passing. He loved his wife from the moment they met up until his final breath and was a devoted husband. He was always supportive and loving of his children and was present and available for them throughout his life. He doted on his grandchildren and great grandchildren, and they on him.

In lieu of flowers, donations may be made to the Bollinger Family Cemetery Fund.
Read Less

To send flowers to the family or plant a tree in memory of Frank Lee Bollinger, please visit our Heartfelt Sympathies Store.

We encourage you to share your most beloved memories of Frank here, so that the family and other loved ones can always see it. You can upload cherished photographs, or share your favorite stories, and can even comment on those shared by others.

Posted Feb 21, 2020 at 08:27am
In high school, Frank was on extremely hard worker for 4 years of fundraising for our 1965 senior trip. My mother was amazed by the dive-in-and-get-it-done levels of 2 boys in our senior class: Frank Bollinger & Mike Seabaugh. Frank was also entertaining with his unusual wit and caused us to laugh at the darneddest times. Rest in peace. —Jackie (Heitman) Varner
Comment Share
Share via:
JS

Posted Feb 19, 2020 at 09:03pm
Far to many to go into. All the things we did in High School. The trouble we could have gotten into for a lot of them. The chickens we dressed over at Ben and Dorothy’s. The church bell we rung and Carolyn freaked out and sat down in the road when the old man came down throwing a fit. The dead possum we drug back to Sedgewickville school that day and put in your car. Will always remember and love you.
Comment Share
Share via:
KC 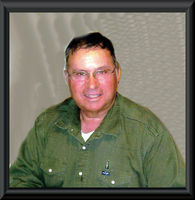 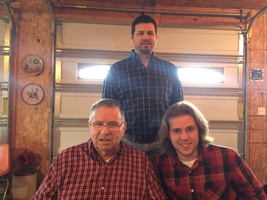