To share your memory on the wall of Zane Nall, sign in using one of the following options:

He was born November 18th, 1939, to Samuel (Sam) Howard Nall and Freda Opal Nall (Null) from Zalma.
Zane Graduated from Zalma High School in 1958 and was stationed in Europe while serving in the Army. After traveling with the pipeline, he returned to Zalma and worked in the timber business until he retired.
From his childhood and throughout his life he enjoyed fishing and hunting, playing cards with his buddies “at the store”, and later absolutely loved Karoake singing. He was known to be an expert flathead catfish fisherman and occasionally would even sing rock and roll. He endeared others through his teasing, practical jokes and basically promoting a good time for all around him.

He was preceded in death by his parents and a sister, Carolyn (Ted) Triebsch of Nelson Missouri.

A celebration of Zanes life will be held on Saturday, March 21st at 1:00 PM by his beloved pond on his property in Zalma Missouri.
Read Less

To send flowers to the family or plant a tree in memory of Zane Howard Nall, please visit our Heartfelt Sympathies Store.

We encourage you to share your most beloved memories of Zane here, so that the family and other loved ones can always see it. You can upload cherished photographs, or share your favorite stories, and can even comment on those shared by others.

Posted Mar 21, 2020 at 01:30am
Zane was my older brother by 14 years. Since I was the baby, I was picked on quite a bit by him and my other brother Dwaine. They were determined to make me into a tomboy, but also to get a good laugh at my expense. An example was when they had me wade into our pond with one end of a seine to get crawdads while they stood on the bank holding the other end. Being only about 6 years old, the mud almost came up to my knees and I could barely walk, but there was no "being a sissy" in front of them. Once the big quest was over and there were in fact some crawdads in the seine, it was my job to pick up the crawdad Scissorhands and place them into the bucket. Of course, Zane cheered me on while secretly hoping for my little finger to go to that dark place of pain. When it did, I was immediately told how tough I was and how he knew I would never cry about such a small thing and so I didn't. A lot of people might call this bullying or even cruel. Looking back, it was a great lesson in learning self control and to have strength. Certainly the attention didn't hurt anything either. Miss you brother.
Comment Share
Share via:
KS

Posted Mar 19, 2020 at 12:50pm
My late husband "Danny" Paul Daniel Shipley talked often about Zane and all his card playing friends who met at Papes Grocery in Zalma. He loved those card games and oh yes his fishing and fishing buddies. He caught his big flat head catfish not long before his death 7-14-1994. Prayers for all the family and friends. kshipley57@yahoo.com
Comment Share
Share via: 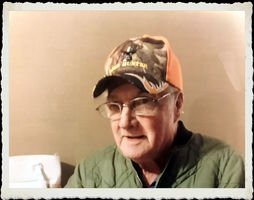