To share your memory on the wall of Clemo Foster, sign in using one of the following options:

Clemo and Edith Green of Patton, Missouri were united in marriage on May 17, 1961 and to this union four children were born.

Clemo Started working at Baldwin Electric, Pallet Mills, Superior Electric and then Heuer’s Implement in Cape Girardeau, Missouri retiring after 26 ½ years. A Mechanic that could fix anything that was placed in front of him. Clemo never met a stranger, was a man of faith, a hard worker and believed in helping others regardless of the circumstances. He was one of the founding members of White Oak Baptist Church of Glen Allen, Missouri and active in the church as a song leader, maintaining the church and the grounds. He endeared others through his teasing, practical jokes and his sense of humor and always had a story for you and a smile. He was deeply loved and will be greatly missed by all.

He was preceded in death by his parents, three brothers James Foster, David Foster, and Jack Foster all of Glen Allen, Missouri; and one brother in-law Johnnie Fergie of Marquand, Missouri.

A Private Visitation for family only will be held on Sunday, March 22, 2020 at the Liley Funeral Home in Marble Hill, Missouri due to the health precautions.

To send flowers to the family or plant a tree in memory of Clemo Foster, please visit our Heartfelt Sympathies Store.

We encourage you to share your most beloved memories of Clemo here, so that the family and other loved ones can always see it. You can upload cherished photographs, or share your favorite stories, and can even comment on those shared by others.

Posted Mar 21, 2020 at 01:40am
I am so sorry for each of you....I didn't know Clemo; however, I know you Phyllis, Josh, Adam and Danielle. I also attended school with Edith, Florence and Laverne. Edith, my prayers are with you...I know you will cherish the memories from the obvious wonderful, many years you had with your dear husband.
Comment Share
Share via:
PR 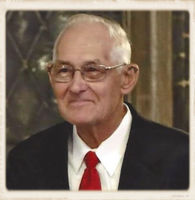